Jaipur is Pink city, Jodhpur is Blue city, Udaipur is White city while Jaisalmer is a Golden city but Bikaner is like a rainbow which covers every colour of Rajasthan in itself.
Bikaner is celebrating its 534 th Foundation Day today.The Glorious and unique city has many attractions.The best one is its Junagarh Fort.
Junagarh Fort is one of the most well-known forts in Bikaner having magnificent architecture and deep historical significance. The fort has an array of temples, museums, and palaces within it such as Karan Mahal, Anup Mahal, Phool Mahal, Chandra Mahal, and many havelis.
It was called ‘Chintamani Durg’ until the early 20th century when the ruling family moved out of the fort limits to Lalgarh Palace. Since then, it has often been referred to as ‘Old Fort’. Today, it is among the most popular places to visit in Bikaner.
The city of Bikaner and the forts in it have long chapters of history behind them. From providing protection from enemies, serving as residences to the kings and their families, to housing headquarters for different administrative functions, these forts were significant structures that shaped history the way it is. Here are the basic details everyone should know about the history of Bikaner and Junagarh Fort.
Bikaner was established by Rao Bika, the second son of Rao Jodha (the ruler of Jodhpur or then Marwar). Rao Bika, who knew he would never inherit kingship being the second son, decided to set up his own kingdom elsewhere, which he named Jangladesh. He built the first fort in Bikaner, which was a small stone fort, and later kept building more and more establishments around the place. The region started to be known as Bikaner (settlement of Bika). Over years, rulers changed, but the name of the state remained the same.
After this 100 years later, Raja Rai Singh became the sixth ruler of Bikaner. During the Mughal empire, he accepted the suzerainty of the Mughals and became an army general in the court of Emperor Akbar and then Emperor Jahangir. He earned many accolades for his work during the Mughal empire, which he used to build a fort away from the city of Bikaner as an alternate fort to the stone fort built by Rao Bika. This fort was called Chintamani Durg, which turned out to be the most important kila in Bikaner.
The foundation of the fort was laid on plain land in 1589 and it was completed 5 years later in 1594. The fort was later renamed Junagarh Fort or Old Fort in the early 20th century. A special fact about Junagarh Fort is that despite being built at ground level, it could not be conquered by enemies.
If we talk about the the architecture of Junagarh Kila, Bikaner has a blend of Rajput, Gujarati, and Mughal styles. The fort is made of red sandstone brought from Jodhpur. There are carvings in red and gold sandstone, which are the highlighting feature of the fort.

Junagarh Fort is spread across 5.28 hectare and is studded with temples, palaces, and other structures. It has a 986-metre-long wall with 37 bastions. Junagarh Fort, Bikaner was originally surrounded by a moat for defence purposes, which is non-existent now.
The top Attractions in Junagarh Fort, Bikaner have their own beauty.
Junagarh Fort is full of admirable structures that include palaces, temples, gates, and museums that are visited by tourists.
When someone visits Bikaner Durg he has many attractions to see.
There are seven gates in the magnificent Bikaner ka Kila; however, only two of them are the main ones – Karan Pol and Suraj Pol. Karan Pol was used for entry/exit in the old times, and Suraj Pol is the current main gate. Suraj Pol is a beautiful structure made in yellow sandstone and looks the best when it is met by the first rays of the sun in the morning. It is adorned by two statues of elephants made in red sandstone.

A fort without beautiful, royal palaces is nothing so that Junagarh Fort, Bikaner houses several palaces which were built and developed by different rulers who lived in the fort during their respective empires. The most prominent ones among them are:

First one is Karan Mahal that was built by Emperor Karan Singh in 1680 to mark his victory over the Mughal Emperor Aurangzeb. This is one of the grandest palaces in Bikaner ka Kila, adorned with gardens, stained glass windows, and beautiful balconies. Made in red and gold sandstone, Karan Mahal boasts of opulence and luxury.
Afterwards Chandra Mahal is the most royal one among palaces in Junagarh Fort of Bikaner. It is covered with intricately cut mirrors and stones, which offer nothing but pleasure to the eyes. It is known that in the royal bedroom, mirrors are placed in such a way that the king could keep an eye on anyone who is entering the room, right from the bed.
Then Anup Mahal served as the administrative headquarters of the kingdom. It has beautiful wooden ceilings carved with mirrors, Italian tiles, and art-laced lattice windows and balconies. Anup Mahal is also among the most luxurious palaces in Bikaner Kila.Then Badal Mahal is an extension of Anup Mahal and is differentiated by the array of brilliant paintings it houses. It has paintings of Shekhawati Dundlod chiefs paying respects to the king, people standing on nails, wood, swords, and saws, and Krishna and Radha.
Last but not the least Phool Mahal or Flower Palace is the oldest part of Junagarh Fort, Bikaner. It is built in the Mughal style of architecture and has floral patterns on walls and ceilings.
Temples
Junagarh Fort in Bikaner is home to temples dedicated to different deities. Har Narayan temple is dedicated to Lord Lakshmi Narayan and Goddess Lakshmi. It was the private temple of the royal family. There is another temple called Ratan Behari temple near the fort that is dedicated to God Krishna. It was built in Indo-Mughal architectural style using white marble.
Without The Museum the Saga of this beautiful fort is not complete As
there is a museum in the fort that holds the interest of those who come to visit Junagarh Kila, Bikaner. It was built by Dr. Karni Singhji in 1961. The museum holds various paintings, jewels, and other items exhibiting the life of the kings who ruled and lived in Bikaner. The museum has Sanskrit and Persian manuscripts, royal costumes, farmans (royal orders), dresses of gods’ idols, palanquins, etc. The museum is also famous for displaying armoury from post medieval times.

Above all the People and the culture of Bikaner is ethnic, fun-loving and jovial by the nature so that there is a saying about it 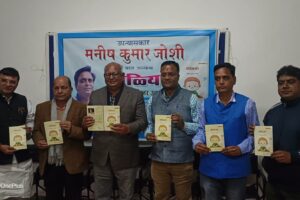 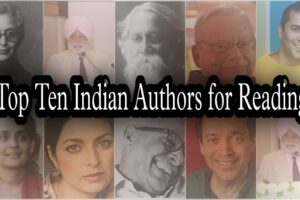 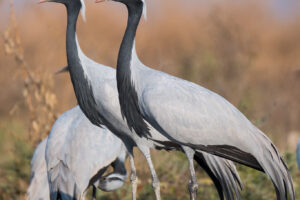