Home » Swadeshi Jagran Manch is trying to make the vaccine accessible to All through the “Global Universal Vaccination and Medical Campaign”. 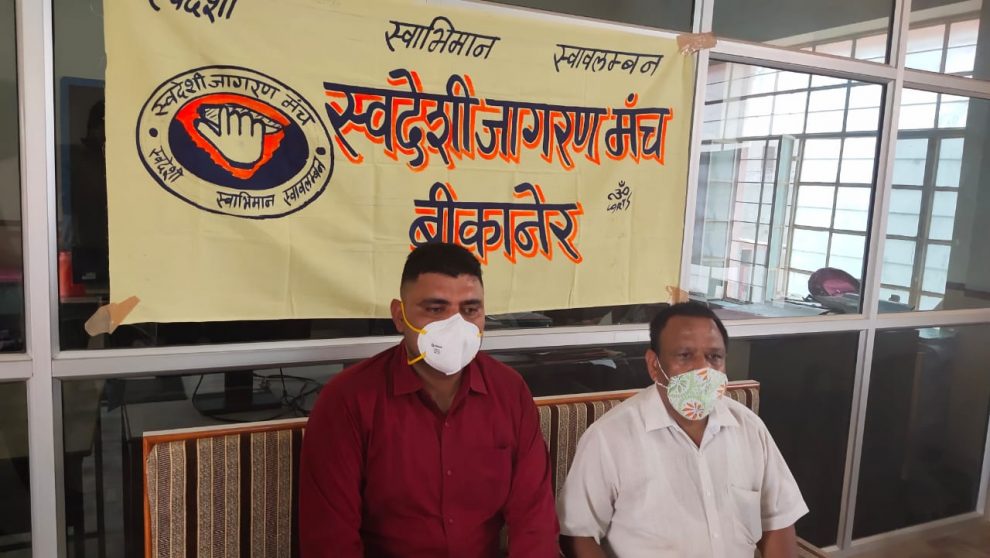 In order to make Corona vaccines and medicines affordable and accessible and to transfer the technology of these vaccines and medicines by patent-free, Swadeshi Jagran Manch is running a “Global All Accessible Vaccination and Medicine Campaign”.
Giving information about this Campaign, Swadeshi Jagran Munch, Bikaner Metropolitan Co-convener Aditya Bishnoi said that although there are many issues related to the treatment of Covid.
The drugs are being locally produced, but due to the gravity of the problem, the quantity available is highly insufficient to meet the growing demand.
The corona crisis is almost over in the 6 countries where the adult population has been vaccinated, Israel, America, England etc. Therefore, immediate vaccination of the entire adult population of the world including India (about 600 million) is necessary. For this, Swadeshi Jagran Manch has launched a massive Jan Jagran Abhiyan, seeking to make Covid vaccines and drugs patent-free, and to make their technology accessible to all drug producers capable of producing them. Under this, this campaign is going on in the name of “Universal Access to Vaccines and Medicines” i.e. “Yuvam” (UVAM) for the complete access of vaccines and medicines across the country and also outside the country. In this, the process of webinars, seminars, demonstrations, contact publicity including online signature campaign is going on.
Addressing the Press conference on this occasion, Swadeshi Jagran Munch’s Treasurer Pramesh Agrawal said that in India also about 200 crore doses are required for vaccination of at least 70% of the population. This mass production would require international measures to facilitate the transfer of their technology and remove barriers to intellectual property rights, including their patents and trade secrets.
Under the ‘ Universal Vaccine and Medical Campaign’, cooperation is being sought from various social, cultural and all kinds of organizations, educational institutions, enlightened people, academics, judges and all the people at home and abroad. On 28 May 2021, an international conference in this regard was also organized by the Indian Universities Association.
He told that 120 countries have so far supported the Indian government along with South Africa, which proposed exemption from the TRIPS agreement in the World Trade Organization to make them patent free in October last. He said that we strongly urge the countries, companies and individual groups opposing this proposal that in the interest of humanity, they should stop opposing it immediately.
He said that Yuvam strongly urges all governments of the world, including the WTO, to ensure all facilities, including trade secrets, technology transfer of vaccines, availability of raw materials, trade secrets, to all potential manufacturers to increase the production of vaccines. As well as
The production of essential drugs such as Remdesivir, Faviracir, Tocilizumab and other essential drugs, and abundant production of new drugs such as mollupiravir, must be ensured. Along with adequate production of vaccines and drugs globally, effective control over their prices is also necessary.
For this, diplomatic efforts should be accelerated through WTO, G7 and other global forums. Under this campaign, digital signature campaign has so far covered about five and a half lakhs in the country and more than 98 thousand in Rajasthan region and Jodhpur province. More than 13 thousand people have signed this petition.
In a similar petition, signed by more than 1600 ultra-high educationists and enlightened citizens of India and 20 countries of the world, we demand that the World Trade Organization exempts the provisions of intellectual property rights,
Global drug makers and vaccine manufacturing companies voluntarily, for the sake of humanity, grant patent-free rights to other manufacturers, including technology transfer, the government, other than patent holders, to all other drug makers to make vaccines and medicines, to provide necessary technology and production materials. Take all necessary steps for availability and encourage them.
At the same time, to fight against Corona and to ensure global availability of vaccines and medicines, all patriotic people, concerned individuals and organizations must come forward to the front.
Nilesh Solanki, Gordhan Saraswat, Manohar Singh, Samandar Singh Raika, Amrit Lal, Santosh Kumawat also addressed in this press conference from Swadeshi Jagran Munch Bikaner. 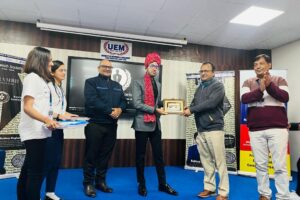 Inaugural Session of ‘The Speech Society’ at UEM Jaipur 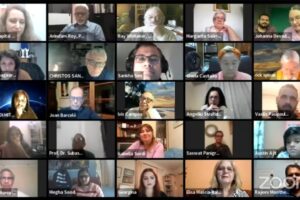 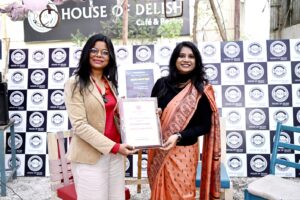